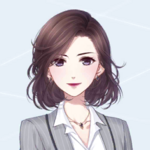 Anna is 28 years old and a very close, reliable and trustworthy friend of the Main Character. She is as well an employee as a Senior Production Supervisor at the MC's company. The previous Producer of Miracle Finder, as well know as the MC's father, guided Anna into the TV industry. After the MC's father passed away, she helped run the company for 2 years until MC could graduate and take the company over.

"There's a price for everything in life."

Kiki is 21 years old and very energetic, talented and loving friend of MC. In the current Main Story she's a college junior in her 4th year and an intern at MC's company. She's responsible for the brand work of the studio. Kiki got many offers from several famous media companies, but rejected them all so she could join the team of Miracle Finder.

"You must believe to change the world." 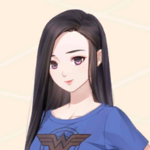 Willow is 22 years old and kind-hearted but bad tempered friend of MC such as a part of her company called "Miracle Finder". She tends to get into arguments when it comes to accidents or just dealing daily with Minor. Despite Willow's inexperience, the TV industry turned her into a matured director who knows exactly what she wants in her life same as in her career path.

"I saw the future in your eyes."

Minor is 22 years old and a former high school classmate of the MC and also an old friend of Gavin. He is very cheerful and talkative, which gets him sometimes into troubles. MC hired Minor as a scenarist to join her studio during the Main Story. He may seem like an idler, but he actually works very hard when it's getting really serious. Minor's dream is it to become a Lifetime Achievement Award-Decorated Director. It is not much known about Minor besides that he actually comes from a rich family.

During old high school times, Gavin tasked him to deliver a letter to the MC, the only time Gavin had ever asked Minor to do anything. However, the letter was bloodstained and crumpled, leading the MC to mistakenly think that it was a letter of warning rather than what Gavin intended to be a letter of goodbye.

"You must know how to rest to work." 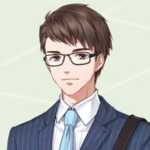 Goldman works as Victor's personal assistant at LFG (Loveland Financial Group). Goldman is very work focused, a perfectionist, especially since his main task is to schedule meetings for Victor. Even though Goldman knows the CEO for a quiet time, he's still afraid of Victor's sharp words. It is not much known about Goldman besides that he was previously an economics student. 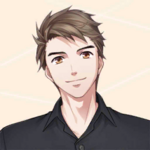 Savin is the agent of Kiro. He may be sometimes very strict towards Kiro but he does deeply care for him. Savin thinks very highly of Kiro, seeing him as a one of a kind person, who is able to cast a spell over thousands of people. In Savin's eyes none of the famous idols could be ever compared to Kiro.

On several occasions Kiro tends to hide himself from Savin because he wants to avoid to work. Also Kiro likes to complain facetiously a lot to MC about his strict diet Savin arranged for him.

Mr. Mills is a waiter at the restaurant Souvenir. He's very kind-hearted and friendly. In chapter 18, Victor lets Mr. Mills stay at his home during the quarantine. 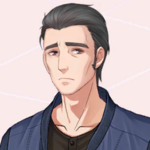 Mr. Noah runs the noodle shop Lynn's Kitchen alongside his wife. When younger, the Main Character saw Gavin receiving a large sum of money from the couple and assumed Gavin was extorting them. However, in reality, the money was to pay back Gavin who had rushed their young son to the ER and fronted the bill after a crash. 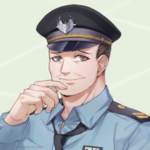 Officer Landsman works at the local police station. In the early stages of main story, Landsman feels intimidated of Gavin. 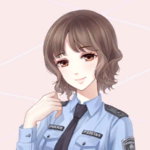 Officer Lowe works at the local police station. In the Follow-Up Date it's hinted that she is interested in Gavin, but gets rejected by him.

An intern at the Main Character's company. 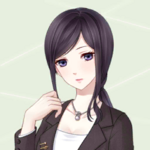 A secretary at LFG.

Popular actress who was the winner of Best New Supporting Actress. 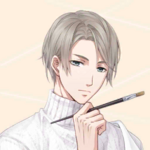 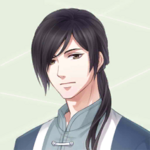 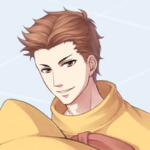