"My island vacation with Victor had finally begun! The perfect chance for me to observe him closely and discover this seemingly fearless man's weak points."

Only one of the following Karma is required to unlock the date.

Victor: After the Storm

I wanted to scare Victor with a ghost story, but I ended up scaring myself. For dignity's sake, I must find something that Victor's afraid of during this vacation!

Even though just looking at the ad for the new cliffside glass skywalk made me weak in the knees, I was determined to go with Victor. Too bad my plan backfired again.

Since the beach was packed, Victor took me in his yacht to a nearby deserted isle of spooky repute. Then a heavy storm arose, giving me a chance to test Victor's courage again!

After one harrowing ship adventure, the weather finally cleared up. We had some nice, quiet hammock time, but in the end he still never told me what he's afraid of. 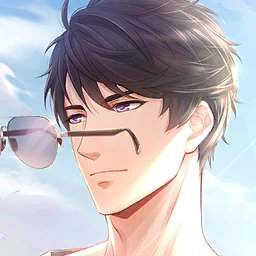 He sat on the railing and looked out at the sea, the sunlight on the water reflecting on his face.
A bead of sweat on his neck rolled down as he took off his sunglasses, ending up in his collar.
His hair flapping in the sea breeze was less austere than usual, more refreshing.
Victor: What? Are you tired of looking at the sea already?
MC: How do you know I'm looking at you unless you're not looking too!?
I sheepishly averted my gaze to the water and faintly made out a black figure on its azure surface.
Suddenly, a big isle appeared in front of us.
Victor: Here is today's main event.
If memory served, this was "Ghost Harbor", a hotspot of paranormal activity.
MC: We're not going to explore Starsand Bay, are we...?
Victor: You know this place?
MC: Not only do I know the place, I know all the terrifying stories about it too.
MC: Is this payback for the ghost story I told you last night...?
Victor: I just like the scenery here. And it's less crowded than the big island.
Victor: As for those mysterious incidents, I don't believe a word.
When we got on the shore, the cheerful skies suddenly retreated, as if to prove Victor wrong.
The sound of rolling thunder drew near, and the sea started surging, tossing the yacht on the waves.
All we could do was find a place to wait out the storm somewhere in the harbor.
And the only place on the lifeless beach was a run-aground fishing vessel.
It looked abandoned, but not too run down. There shouldn't be any danger.
MC: That looks like our only choice.
Victor: I'll go in and check it out. You stay here and don't run off.
MC: I wouldn't dare go anywhere!
I stood huddled by the boat, looking at the dark clouds gathering on the horizon.
Suddenly, a crash came from inside the boat. I nervously called inside, but Victor didn't answer.
Worry for Victor and fear of the unknown weighed in my mind. Finally, worry won out, and I went in.
The storm finally hit, with pounding rain and howling wind. It was like a horror film scene.
The busted door and windows clattered in the wind. It was like a monster would climb out any moment.
I tried to stop these images from playing in my mind, but the more I tried, the more they came.
Victor's footsteps and scent were lost in the storm. I didn't want to go looking inside either.
My mind gradually went blank.
A bolt of lightning split the sky, followed closely by a deafening thunderclap.
I shouted involuntarily, then I heard Victor calling my name and running toward me.
Victor: MC! MC, are you there?
Victor: MC, can you hear me? Where are you?
The sound of his footsteps and my heartbeat aligned, and I instantly felt relieved.
As I flung myself toward him, the look on Victor's face was one of rare panic.
His hair, either wet from sweat or rain, was matted messily to his face.
The look in his deep eyes was mostly worry, some suprise, and a little inextinguishable angry.
So this is what he looked like when he was panicked.
MC: Victor, sorry... I was worried for you, so I...
Victor: ...Dummy. I'm just glad you're fine.
Victor: If you were trying to scare me, then you succeeded.
He cradled me in his arms and lightly cupped the back of my head, pressing my face into his chest.
Victor: Hear that? That's proof that you scared me.
The wind, rain, and waves were all drowned out by his heartbeat. Tears of fear dampened his shirt.
He gently caressed my head as I sobbed quietly on his chest.
Victor: I told you not to run off. I guess from now on I'll just never let go of your hand.
He wiped away my tears with his thumb and put one hand on my shoulder, the other taking out his phone that lit up a path in the darkness.
Victor: Hang on, slowly. I'm here. What's to be scared of?
He led me forward step by step, more carefully even than on the glass skywalk.
Bumping into his fragrant, warm chest as we walked made me want to get even closer to him.
But those flip-flops people wear on the beach don't make for very good walking shoes.
I stumbled a bit on something, and although Victor caught me, I was still a little scratched up.
Victor put his phone in my hand and picked me up before I knew what was going on.
MC: I can walk on my own!
Victor: And you think I'm going to let you do that?
His tough tone didn't leave me much choice, but his actions were more gentle than ever.
The rain outside slowly died down, and the sunlight lit up the gloomy inside of the boat.
It was no longer scary, perhaps because of the weather, but maybe because of the man next to me.
Dialogue
When we exited the abandoned boat, the skies were clear and the sea was as lively as always.
We couldn't return to the yacht, so we looked for a place to rest on the beach and found a hammock.
Victor: You sit down first. I'll take a look at your foot.
Victor took off his soaked shirt and hung it to the side, then carried me over to the hammock.
But I couldn't keep my balance and started swinging wildly. I grabbed his neck in a panic.
MC: Wait, wait! This thing isn't steady!
Victor: The more you panic, the more it'll swing.
MC: I can't help it... aaah!
He knitted his brow and sighed, then took me in his arms and sat in the hammock. 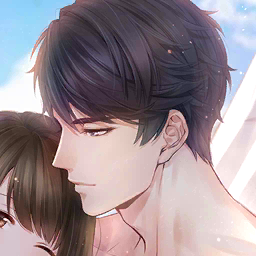 We were suddenly very close. Enveloped in his warmth and scent, I felt both safe and shy.
Victor: Okay, this time really no sudden movements, or we'll both go tumbling.
Hearing his tone, I didn't even dare breathe hard and just held on tightly to him.
He held me to him with one hand while the other held up my foot to examine the scrape.
The wound wasn't serious, but he grimaced as if he was the one who was in pain.
Victor: Are you hurt anywhere else?
He asked gently, and his warm breath caressed my forehead, in contrast to the chill sea breeze.
I shook my head, but he didn't seem relieved, lightly tracing around my wound with his fingertip.
Victor: We'll take care of it as soon as we get back to the hotel.
I nodded as I felt his heat rise up from the sole of my foot.
A faint, tingling numbness spread over my body and I fell deeper into his embrace.
Victor: Dummy, I said don't move. I didn't say you couldn't breathe.
Victor: Are you practicing holding your breath for when we go scuba diving tomorrow?
MC: No!
I sat up suddenly in protest, but his arms held me tightly so I couldn't move.
Victor: Hey!
I thought my movement would rock the hammock again, but it didn't move a hair.
I looked and realized not just the hammock, but everything-- trees, waves, birds-- were all frozen.
MC: You froze time?
Victor: To prevent a certain idiot from tipping us over.
MC: But now we won't know when we can return to the boat, will we?
Victor: Are you in a hurry?
MC: No, not really...
Honestly, I wanted to stay here longer with him, just the two of us on this secluded little isle.
Victor: I actually wanted to stay a little longer.
Suprised that we were both thinking the same thing, I looked up at him.
His mouth bore a hint of a smile, and in his eyes there was only me.
Victor: But you've got this cut on your foot, so we should get back sooner.
Victor: When you're all healed up, we can come back.
His words made me start looking forward to when we would return to this beautifull, deserted isle.
Those old legends and outlandish scary stories were all dashed to pieces by his smile.
Time began to flow again. The wind, the waves, and the dazzling sunshine all returned to normal.
The breeze rustled my bangs, and he tapped my forehead with his finger.
Victor: Now, don't you think you should tell me what you've been plotting?
He knew something was up, and yet put up with my childish pranks all along.
Unable in the end to find an answer, I gave up trying and just told him my plan.
Victor: Why were you so set on finding my weakness?
MC: I just thought, someone as amazing as you might have a few secret fears.
Victor: And you thought my secret fears were being scared of ghosts, heights, and the dark?
MC: Those are all things I'm scared of. I was just tring to find a starting point.
Victor: So, do you still think there's something I'm afraid of?
MC: Uh... bugs?
Victor: No.
MC: Dogs?
Victor: If I was, do you think I'd accept so many Shiba Inus from you?
MC: I know! You're afraid of being alone!
Victor: ...I urge you to find another starting point, quickly.
As I was trying to think of something else, Victor frowned and chuckled.
Victor: Something so obvious, and you still haven't figured it out. You really are dumb.
Unfairly mocked again, I turned my head in anger and happened to see a rainbow appear on the water.
The clouds had completely dissipated from the clear blue sky, and the shimmering gold sea was calm.
The air was clean and fresh from the rain, and I couldn't help but feel my spirits lifted.
MC: Victor, look!
Victor: I'm looking.
But his eyes weren't focused on the rainbow behind me. They had stayed trained on me.
We lay peacefully in the hammock watching the scenery before us.
Until the rainbow had evaporated, and the orange sun sunk into the sea, and the moon came out.
Victor: Seen enough? If so, let's go back.
He lifted me from the hammock, and I thought again about my unanswered question.
MC: You still haven't told me what it is you're afraid of!
Victor: I don't remember ever agreeing to tell you.
He held me tighter, completely shielded from the night breeze. All I could feel was his warmth.
In that peaceful night, he held the girl close to his heart, a heart he didn't reveal.
He had lost her once before. After many hardships, he'd found her again.
He was afraid she'd fall into danger again even when he's around. But in his life, he never made the same mistake twice.
From the day he'd found her again, he secretly made this vow to himself--
No matter what, he would protect this girl until the end.